The Value of Storytelling: A Story Worth $450 Million? 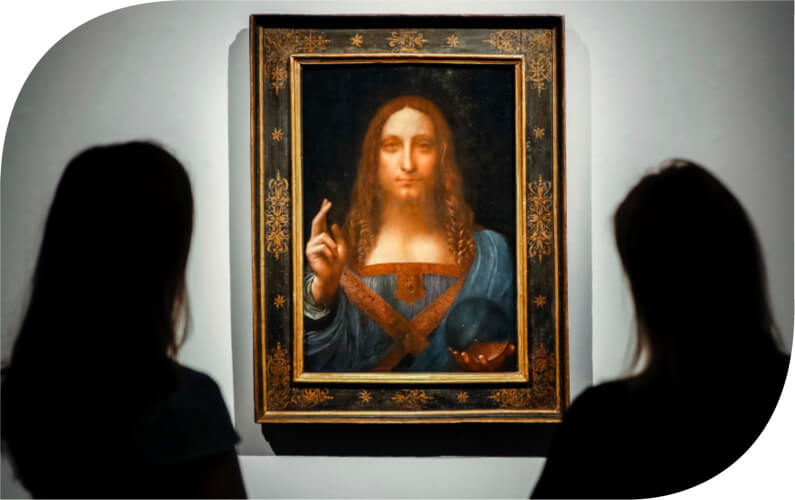 In November, Christie’s auctioned off the newly identified Leonardo da Vinci painting, Salvator Mundi, for $450 million. The buyer was revealed as Saudi Prince Badr bin Abdullah. For this amount, the prince could have built 215 new schools in Saudi Arabia. In 2005, this same painting, not yet identified as a da Vinci, sold for less than $10,000 at a regional US auction. Most art critics agree that this isn’t da Vinci’s best painting —- an art critic for The Guardian rated it as Leonardo’s fourth best. So why did it sell for more than double the price of the previous record ever paid for a painting?

In 2012, the National Gallery in London included the painting in a major da Vinci exhibition. Then last year, Walter Isaacson published a new biography that raised Leonardo’s public profile and made public new, interesting stories about da Vinci’s life. All this may have added to the mania. It begs the question: what is the art collector actually buying?

Think about the works of art you have at your own home. Which ones do you really love? Why? Often, there is a story associated with them. You may know the artist, or you may connect the work with an important event in your life. Without the story, it’s just paint on a canvas. People don’t buy things, they buy the story about the thing.

As with Art, the Value of a Brand
Depends on the Story

I love the functionality of my iPhone and MacBook Pro. For better or worse, I bought into the story of Steve Jobs and Apple back in 1986 when I bought my first Mac 512K and have been an Apple fan ever since. The Apple story has faded a bit since Jobs left us, but I readily admit I’m still hooked. I am certain I spend a lot more on Macs and iPhones today than I should, but the story lingers and compels me to stick with Apple.

Functionality is Proof of the Story

Today, functionality matters more than ever. I really love the functionality of my new MacBook Pro. New, function-driven businesses are popping up every day. App-driven business models, such as the ones used by Uber or Airbnb, significantly improve our lives and save us time and money. They can become a successful global brand in months, rather than years.

Your brand story may not be worth $450 million like the da Vinci painting, or the $170 billion value of the Apple brand, but to be successful today you still need to have a clear (and true) brand story. Successful businesses understand this and treat the brand story as one of their most important assets.

Fritz Grutzner is president and founder of Brandgarten, a research and strategy firm that helps brands tell meaningful stories. He can be reached at fgrutzner@brandgarten.com.